Here are 5 book recommendations from the CEO of Microsoft, Satya Nadella


Here are 5 book recommendations from the CEO of Microsoft

The World Economic Forum's Book Club featured Brad Smith and Carol Ann Browne's Tools and Weapons as its pick of the month.

Like a lot of corporate chieftains, Microsoft CEO Satya Nadella is a book person. He reads books, he writes them, he gives them to the people around him. And in an on-stage interview at the World Economic Forum in Davos, Switzerland, he discussed no fewer than five of them, averaging one mention of a book every six minutes over the course of the half-hour session.

Here’s the rundown, should you want to round out your bookshelf with titles endorsed by the leader of the world’s second-biggest company by market value.

Discussing the purpose of companies on a stage with World Economic Forum founder Klaus Schwab, the Microsoft chief noted that “last year, perhaps there were more books written on capitalism and how capitalism needs to be redefined than ever before.” (Don’t we know it.) But only one such book (technically from 2018, not 2019) got name-checked here by Nadella.

What’s interesting here is that Acemoglu and Robinson are the same writing duo who got into a row with Microsoft co-founder Bill Gates over their 2012 book Why Nations Fail, which was shortlisted for a Financial Times Business Book of the Year award. Gates, by then deep into his philanthropy, wrote a review rejecting their theory that it is inclusive institutions, and not geography or culture, that makes the difference between societies with good living conditions and those without. He called their analysis “vague and simplistic.” The authors, MIT economist Daron Acemoglu and James A. Robinson, a political scientist now at the University of Chicago, shot back with a point-by-point rebuttal in Foreign Policy.

It was the type of argument for which there are no winners, but Nadella’s praise for Acemoglu and Robinson’s newest book perhaps offers vindication for the authors.

“There’s a fantastic book I recently read, it’s called The Narrow Corridor,” Nadella said in response to a question from Schwab about runaway pay for executives. “It’s [about] the real, constant tension between what does a society want and … what does the government want … and you have to find the narrow corridor. And similarly I believe between markets, democracies, and liberal values, we have to find the corridor that works, where there isn’t anything out of kilter, whether it’s CEO pay” or anything else.

Nadella isn’t the type to toot his own horn, and indeed it was Schwab, not Nadella, who brought up Hit Refresh, the memoir Nadella penned three years into his tenure as Microsoft CEO. Schwab was referencing what Nadella wrote then about technology trends; our reviewer found the book to be most compelling in the more personal sections, where the executive wrote about his Indian upbringing, his immigration to the United States, and his rise through the ranks at Microsoft.

Shaping the Future of the Fourth Industrial Revolution

After Schwab’s mention of Hit Refresh, it was only right for Nadella to reference one of Schwab’s recent works. Shaping the Future of the Fourth Industrial Revolution was written with Nicholas Davis. We’re pretty sure Nadella read it, considering he wrote the foreword.

You can try to find an interview where Nadella doesn’t talk about having a growth mindset, but there’s a good chance you’ll fail—in which case you should learn from the experience so that your next search goes more smoothly, rather than presuming, with a fixed mindset, that your lack of success is preordained.

Stanford psychologist Carol Dweck’s scholarship on the power of mindset is one of the underpinnings of Microsoft’s cultural rebirth under Nadella. Her 2006 book makes the argument that success—at work or in any other endeavor—is deeply influenced not only by our talents and abilities but by how far we think we can stretch them.

“I would say that whatever change we’ve been able to achieve is because the cultural meme we picked was inspired by Carol Dweck and her work around growth mindset,” Nadella said. The practice of being “vulnerable enough to say ‘I’m not perfect, I’ll never be perfect, but I can learn’—that’s a good posture to have, to have a living culture that is constantly keeping up with our own aspirations.”

Republished from the World Economic Forum

This article is published in collaboration with Quartz.

The views expressed in this article are those of the author alone and not the World Economic Forum. 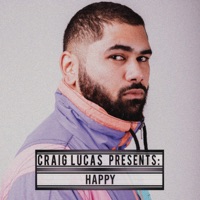 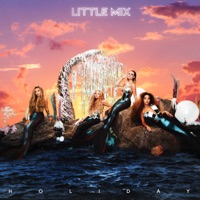